All Indian Petrol Diesel Price Today : The new rates of petrol and diesel have been released and there has been no change in the prices for the 12th consecutive day. The cheapest petrol is being sold at Rs 91.45 in Port Blair, while the most expensive petrol in the country is being sold at Rs 123.47 per litre in Parbhani in Maharashtra. At the same time, diesel is priced at Rs 107.68 per litre in Chittoor in Andhra Pradesh.

If you compare the rate of Parbhani with the rate of Delhi, then petrol in Delhi is 18.06 rupees cheaper than that of Maharashtra. At the same time, petrol is available at 5 rupees 44 paise in Jaipur in Rajasthan and 5.33 rupees in Madhya Pradesh. Petrol is Rs 14.76 cheaper than Parbhani in Ranchi in Jharkhand and Rs 7.24 cheaper in Patna in Bihar. All Indian Petrol Diesel Price Today 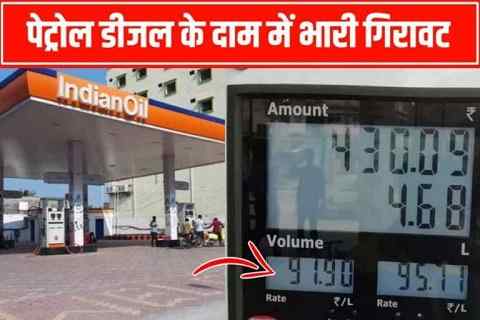